Virtually every phrase you need to know for Spanish conversation.

How To Talk About Cell Phones In Spanish Conversations

Cell phones are extremely popular - You probably have a cell phone in your pocket or purse right now. If not there is probably one sitting within reach on the desk. So now that you have a cell phone and use it every day, why not know the Spanish phrases you need to talk about cell phones too!

The Spanish phrases on this page are all phrases and sentences that you'll use related to Cell Phones and Cell Phone Plans.

Most everyone has a cell phone these days and since they're everywhere it's good to be able to talk about them with your friends in Spanish. This list of Spanish phrases will help you do that. It has all the phrases and special words you need to talk about using cell phones in Spanish.

When you study the phrase below you'll know how to talk about cell phone related topics in Spanish such as plan types and options, number of minutes left for the month, and whether you have some free air time like on nights and weekends as offered by most plans.

You'll also be able to hold your own in a Spanish conversation about text messaging, Roaming to a different cell service area, or even talking about downloading photographs, videos, music, and new ring tones to your cell.

As you listen to the audio file for the phrases on the page, you'll see it's recorded by a native Spanish speaker from Mexico. You can feel free to listen to this file as much as you want and have an authentic example of perfect Spanish pronunciation. 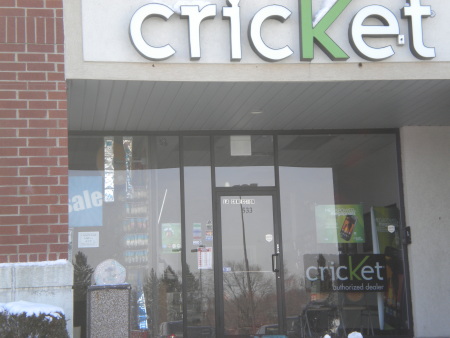 When you know the answer, please send me a text message.
Respuesta is the Spanish word for answer.

How many minutes are left in your plan for this month?
Spanish uses an inverted question mark at the beginning of a question. You can click this link to learn about entering these special Spanish characters on your computer keyboard.

With my plan I talk free nights and weekends.

How many anytime minutes does your plan have?

I'm sorry, this plan has roaming charges.
Sometimes in using Spanish, you'll find that the English word for something is adopted and used as Spanish. -- Usually with a Spanish pronunciation that can cause the word to sound completely different than the English version. This "word adopting" seems to happen a lot with computer and electronic technologies.

I can't live without call waiting and caller ID.
The Spanish word sin is known as a "false cognate". Learn about cognates here.

With this phone I can send and receive photos and videos.
A lot of Spanish words sound the same and are spelled different like the word for photos.

I want to put in a new ring tone.
The word timbre is used for sound and also for postage stamps.

Yesterday I downloaded 5 songs to my phone

They tell me if I use more minutes than my plan has.
The word incluye is from the irregular verb incluir. (to include)

Every 2 years they give me a new phone for free.
The Spanish word "cada" means every -- you'll also see "todo los" as a way to say every like in the following example: Veo las noticias todo los dias -- I watch the news every day.